Oberthur Fiduciaire has been selected by Denmark’s Central Bank as its new banknote supplier, following the central bank’s decision to stop using its own state printer in 2014. 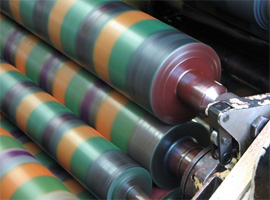 Denmark’s Central Bank, the Danmarks NationalBank, has published a press release confirming that French company Oberthur Fiduciaire SAS has been selected as its supplier of Danish banknotes.

The decision came following a tender process resulting in a four-year framework agreement with the possibility of a two year extension.

The first of the Danish banknotes printed by Oberthur are expected to begin circulating in 2020.

Speaking of the new agreement, the Governor of the Danmarks Nationalbank Hugo Frey Jensen said

“During the tender process we considered the prices, quality, security and CSR of the potential suppliers. We are convinced that Oberthur Fiduciaire SAS is able to meet our expectations,”

The Danmarks NationalBank decided to outsource the production of its banknotes to external suppliers back in 2014 due to a fall in the demand for new banknotes and coins.

Read the press release from the Danmarks NationalBank.