De La Rue has been appointed by Sweden’s Sveriges Riksbank to produce Swedish Krona banknotes for the next three years. 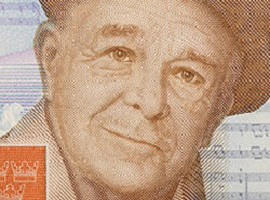 Sweden’s banknotes used to be supplied by Crane Currency, but the company announced last year that they were going to relocate their banknote printing plant from Tumba in Sweden to Malta.

Sveriges Riksbank deemed this to be a breach of contract, which stated that Swedish Krona banknotes were to be printed within Sweden.

Speaking of the new contract, Sveriges Riksbank’s Ann Fridell, (Head of the Analysis and Development of Payments Division) said:

“We are pleased to be working with De La Rue. They have demonstrated impressive credentials – from design, print and delivery to their ethical and responsible business practices. We look forward to working with them in the coming years.”